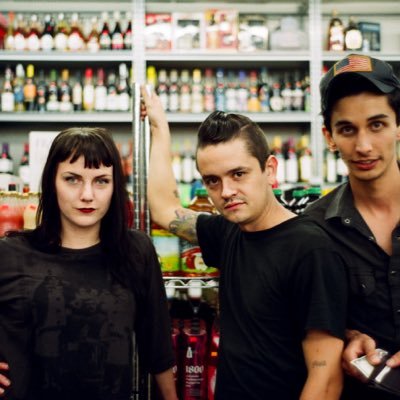 Detroit Rock City’s Prude Boys are picking up steam. The Prudes are checking in with a brand new track, the sweet pop of “Talking To Myself“. This is a band honing their sound and and by playing around with the jangle pop of The Cure and The Vaselines, “Talking To Myself” is another feather in their cap.

Bottomfeeders is a stoner rock garage band from New Orleans! Sadly no one has written about them but their whole self titled album is amazing! Check it out!

Sometimes certain people impress you enough in many different ways. All of these guys in Distractor got some very good damn talent. And with this last band, I think they got a full fledged orchestra of digital sounds, ready to pound your senses with some good damn times. 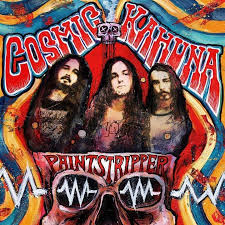 After releasing 2 EPs, Cosmic Kahuna are set to release their debut album “Paintstripper”  through Suspect Records. Since their inception in late 2014 the Melbourne power trio have left an impression on audiences around the country with their extraordinary mix of punk rock attitude and heavy metal riffs seamlessly bound together by the true grit of Melbourne rock and roll. Coming October 2017 “Painstripper” is a slab of unreleased red-hot tunes ranging from fast and frantic bangers to trudging rhythmic grooves for fans of The Hard-Ons, Melvins, Motorhead and Powder Monkeys just to name a few. Cosmic Kahuna’s sound is not easily describable on paper which is a fact that they take pride in.
“Being hailed as surf-punk-thrash, this was a combination which sounded interesting, but that is an adjective at the total lower end of the scale to apply to these lads. The three-piece have an absolutely crunching sound, with screaming guitar riffs and a beastly beat in the drums.”- Silver Tiger Media
“Cosmic Kahuna seamlessly bridge the gap between old and new. Old punks eye up the new punks and ropes of dreadlocks stand side by side with short-back-and-sides clad in business shirts”- The Music.com.au

The Velvet Hands from the U.K. starts out Wassup Rocker Radio Mixtape #23 with their video for Sick of Living! Followed up by L.A. rockers The Sold and Bones! Miami florida punks called Plastic Pinks take you to a strange fish store and to end the mixtape is Mind F*ck by Kaviar Special!

The Velvet Hands maybe still in their teens, but they sound like they’ve been mainlining the sacred canon of early Stones and late 70s power punk. There’s a point in the song “Sick of Living” that the lads shout “we’re having fun” (at least I hope that’s what they’re saying or this part doesn’t work). Anyway it’s clear after one listen to this young Cornwall/London quartet that they are living the dream. The Velvet Hands may be sick of living but not when they’re playing rock and roll. This is 1:42 of old-fashioned hooks, sneering vocals and punchy guitars. Comparisons to the Strokes are inevitable because, well any Stonesy sounding rock and roll band gets compared to the Strokes. Yet The Velvet Hands are The Velvet Hands and they certainly know how to play rock and roll. There is something, I dare say convincing about them. They remind me of the late-great Exploding Hearts and that is high praise indeed. Let’s just say if you like your tunes with a bit of sneer and a whole lot of rock and roll attitude, you’ll be into The Velvet Hands. [article from 50thirdand3rd.com] 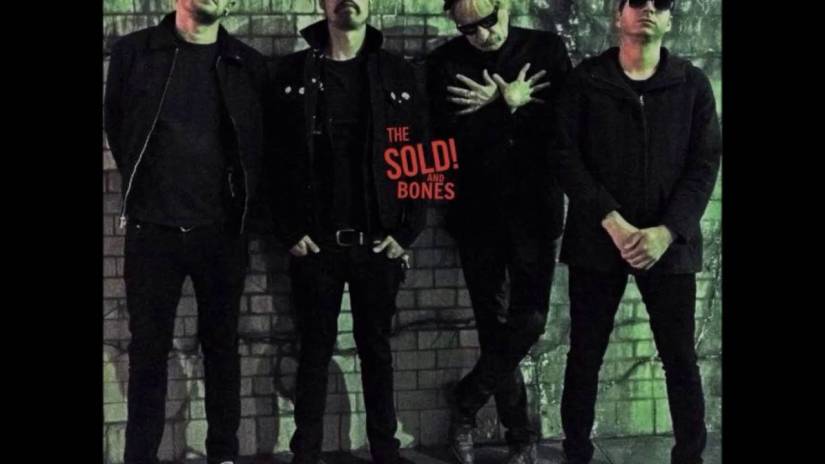 Legendary punk rock singer Billy Bones’ 40-year rampage through American music has been consistently vibrant and refreshingly creative. As vocalist for first-wave 1977 trailblazers the Skulls, Bones kicked a gaping hole through Southern California’s mellow, leafy rock ‘n’ roll convention and when he appears Saturday at Jimmy’s Place in Burbank, Bones will continue his remarkable evolution via a supercharged collaboration with youthful punk-blues band the Sold. They became The Sold and Bones! [article from LA Times] 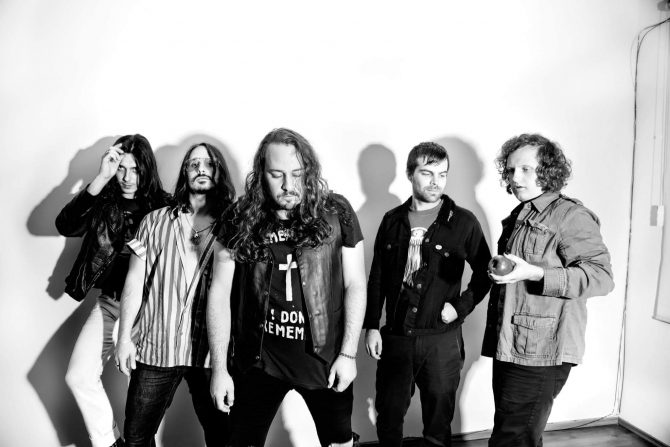 Lineup changes have brought a new, different energy to the band, and El Animal captures a broader and denser atmosphere which elevates their songs without overburdening them. Plastic Pinks have kept it in the family though, and the fresh recruits are all long-term friends, so perhaps that bond accounts for the seemingly effortless natural evolution of their style. Currently Plastic Pinks is June Summer on vocals, Augie Pink on rhythm guitar/backing vocals, Rod Woolf (also of Veiny Hands) on lead guitar/backing vocals, Dane Giordano on bass/backing vocals, and Trevor Mustoe on drums/backing vocals. [article from louderthanwar.com]

Kaviar Special are a rock n roll band from France. for a review checkout my friend Thibault’s blog Still in Rock 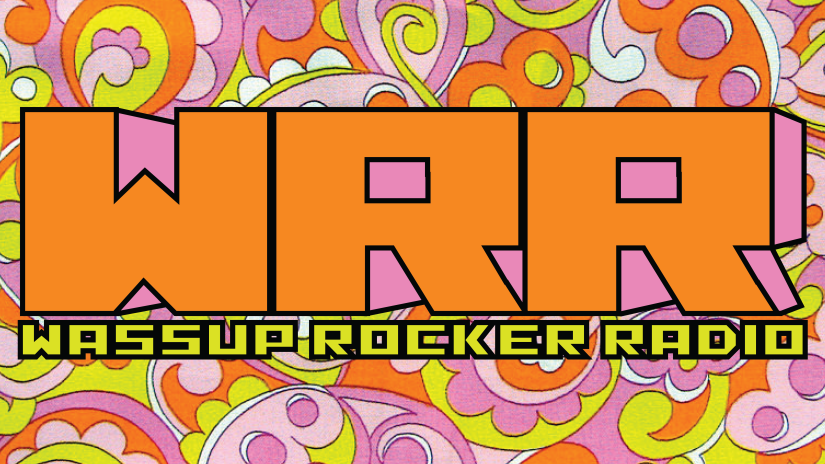 This week’s Wassup Rocker Radio blasts off with The Sex Organs music video called “Orgasms!” Up next is UK punk rockers, Peter118 with their song called “Wasting!” The Flashers from France are next with their garage rock jam called “Fille Facile!” Ready for the fastest song of the mixtape? The Zipheads from U.K. take the cake with their hyper fast song called “No 2 Ways About it!” To close this week’s mixtape is a new song by a social media dark band called Gloria, their song is a psychedelic garage rock jam called “Beam Me Up!”

“The Sex Organs have landed on your planet! They traveled light-years across the universe on a mission to planet Earth to bring YOU their special intergalactic brand of SEX AND ROLL!”

Brand new music video from UK Punk act, Peter118 for the song “Wasting”. The song will appear on the “In Stereo” split release with New Jersey’s own No Lost Cause due out September 4th on In Presence Records and Thumper Punk Records. 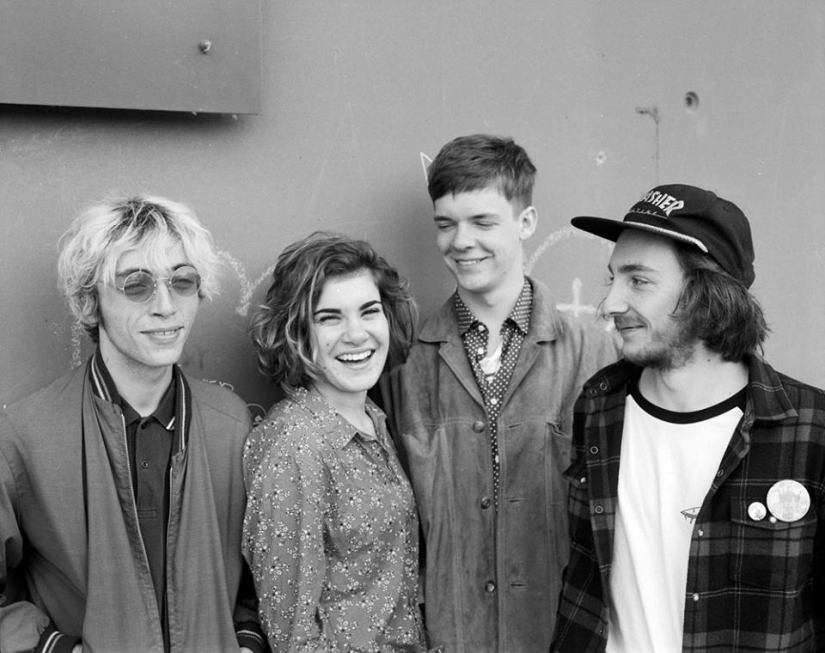 Who are The Zipheads? Way back in 2006 three young punk brothers from St Albans, a grim satellite town of London, discovered 50’s Rock’n’Roll and Rockabilly and The Zipheads were formed. Initially known as The Runaway Boys, a rock’n’roll revue band, they played every sweaty pub, town hall and social club in the South East bashing out 50’s classics with a punk sensibility and more than a nod to the pub rock scene of the 70’s.

Not a lot is known about French band Gloria, and they seem to like it that way. Signed to the superb Paris-based label Howlin’ Banana Records, their debut single ‘Beam Me Up’ is the first taster from their full-length, Gloria In Excelsis Stereo.

WHEN & WHERE TO LISTEN